Almost every single bank and finance provider is corrupt.

The Oxford English Dictionary provides the definition of corrupt to be having or showing a willingness to act dishonestly in return for money or personal gain.

Given the tactics employed by these finance providers to sell PPI, in order to reap huge profits, I don’t feel corrupt is too strong a word.

Accepted estimations suggest that 64 million PPI policies were sold, and not even half of these have attempted to have been claimed back.

The main reason is that the corrupt staff within the corrupt finance providers added the toxic product without the knowledge of millions of customers.

Speaking to many friends, the usual answer I receive back is “I haven’t had it”.

Maybe you haven’t, but maybe, just maybe, you’re one of the millions who have been affected and don’t know about it.

The tactics of the banks, and the pitiful fines handed out by a weak regulator still sees the banks in profit for their corruption.

I’ve been banging on about the Financial Conduct Authority (FCA) for years now.

The role of the regulator is to protect consumers, not to protect the balance sheet of those it regulates.

Again, the role of the regulator is to protect consumers, not to protect the balance sheet of those it regulates.

Time after time, they’ve had the opportunity to punish the banks and put right the wrongs.

Force the banks to refund the money – The FCA failed

Force the banks to handle complaints fairly – The FCA failed

I do not know of any instance where a bank has advised the customer of the amount of commission it was making as a result of selling PPI.

This is a fundamental failure by any bank or finance provider.

The average amount of commission retained by banks is 67%!!!

One case, Plevin versus Paragon, even went to the Supreme Court in 2014 and the Judge agreed that Paragon (the finance provider) failed in its duty to disclose the commissions to Mrs Plevin (the customer), and therefore mis-sold the PPI policy.

So, what did the FCA do with this ruling?

Well, it decided to have a consultation with a view to implementing new rules (that should have been in place in the first instance).

The FCA, in its infinite wisdom, decided that anything above 50% commission is unfair and that banks should refund the difference.

A reminder, the role of the regulator is to protect consumers, not to protect the balance sheet of those it regulates.

THE FCA, UNSURPRISINGLY, FAILED YET AGAIN.

Name me one industry where 50% commission is considered fair.

It’s in their interests to reject complaints as their is no real consequence for doing so, such is the weakness of the regulator.

The Financial Ombudsman Service (FOS), is where consumers can take their complaint if they are unhappy with how the bank has handled it.

The FOS is supposed to be impartial and independent.

However, a recent Channel 4 Dispatches documentary uncovered serious failings within the FOS.

Due to the weak regulator and corrupt banks, the FOS has been deluged with PPI complaints.

One of the most concerning findings was that the FOS was rejecting potentially valid PPI complaints in order to get through the backlog.

The reason for this was that customers are far less likely to appeal a decision than a bank would.

Once more, the role of the regulator is to protect consumers, not to protect the balance sheet of those it regulates.

Time to ditch the regulator?

The regulator has shown its colours time and time again.

The regulator has clearly shown that its main purpose is to protect the banks, and turn a blind eye to the corruption that everybody else can see.

In a recent court ruling a Judge ruled against 50% commission being fair, and ordered the finance provider to refund all of the PPI premiums and interest.

This ruling sees a new path to go down, where common sense prevails over the corrupt banks and their protector regulator.

Has the FCA taken note of the ruling and sought to change its rules? The FCA failed again.

It now appears the best route to take any rejected or partial offer PPI claims is via the court.

One benefit of this is that the PPI deadline of 29th August 2019 would no longer apply.

If the regulator refuses to protect consumers the courts will. 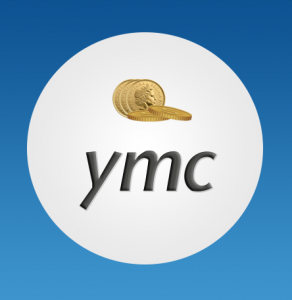 This sounds like a typical experience we hear on a daily basis, and could well be something that could be taken via the courts.