Could banks benefit from Plevin?

Could banks benefit from Plevin?

In 2014 Mrs Susan Plevin took Paragon Finance to the Supreme Court and won her case.

The case centred around Paragon Finance failing to advise Mrs Plevin what commission payments were being made by selling her a PPI policy.

Mrs Plevin argued that, by Paragon failing to provide her with this vital information, she was denied the opportunity to evaluate whether the PPI policy represented value for money.

The Judge found in favour of Mrs Plevin, which has subsequently seen the Financial Conduct Authority (FCA), having to change its rules that providers must abide by when dealing with PPI complaints.

In the case of Mrs Plevin it was discovered that 71.8% of the £5,780 PPI policy, which was added to her loan, was pure commission.

Yes, that is correct, £4,150 was commission for selling the PPI policy, an utter disgrace.

Was it any wonder that banks mis-sold tens of millions of PPI policies given the commissions and profits on offer?

Was it any wonder that banks decided not to tell customers how much commission and profit they were making from the fraud?

Fraud may sound like a strong word to use, but that is quite simply what it was, fraud on a huge scale.

Some could argue that the regulator turned a blind eye and was therefore complicit in the fraud, whilst others argue the regulator was simply not fit for purpose and was unaware of the scam, but we’ll let you decide on that.

It took the FCA almost two and a half years to produce new rules for banks to follow when dealing with complaints surrounding the Plevin case.

It was found that the average commission taken by banks and providers for selling the toxic product was approaching 70%.

The FCA, in their wisdom, have suggested that anything over 50% commission is deemed to be a ‘tipping point’, at which the customer should have been informed.

Utter lunacy. You tell me any other industry where the regulator deems 50% to be a fair amount of commission, and the customer doesn’t need to be advised.

New rules allow banks to only offer the difference between 50%, up to the percentage of commission taken, so Mrs Plevin would only have been entitled to a refund of 21.8% given the commission taken by Paragon was 71.8%.

The new rules have been welcomed by some consumer champions as it provides hope to millions of previously rejected complaints.

Banks have ‘agreed’ to write out to millions of consumers who had their complaints rejected, but whose claims may now fall under these new rules.

We just hope that these letters being sent to customers are not lost in the post, or sent to old addresses in error, but we’ll have to rely upon the banks and the regulator to ensure this doesn’t happen, which given their track record I am sure won’t be an issue!

A history of mishandling claims

With the PPI deadline announced for 29th August 2019, there is a wave of advertisements encouraging those who haven’t checked whether they’ve been sold PPI to do so.

The FCA expect a surge in claims being made as the deadline approaches, but this carries a risk.

Banks have consistently handled valid claims unfairly, which is proven by data collated by the Financial Ombudsman Service (FOS), which has always shown that over half of rejected claims are rejected unfairly.

The problem is that the fines handed to banks for failing to handle claims fairly do not act as a deterrent, given the billions the banks have saved themselves by rejecting valid claims.

The danger for new claims

Given banks penchant of putting the consumer as a last priority in favour of profits, coupled with the regulators continued failure to bring them into line, there are clear dangers to new claimants.

We are starting to see banks rejecting claims, but upholding part of the claim surrounding the Plevin rule and paying out partial compensation.

On the face of it the bank appears to be making an offer of compensation, but to the trained eye this can be spotted and the rejected part of the claim challenged or escalated to FOS for review if required.

However, can the everyday man on the street navigate through the jargon within a decision letter to uncover that the compensation being offered is potentially not a fair amount?

Banks have history of attempting to only offer partial compensation awards.

Shock horror I hear you say!

Banks previously attempted to make partial offers by suggesting an alternative PPI policy would have been more suitable to the customer, and that a refund of the difference in the costs of the policies would be fair.

How much banks saved by customers accepting this is open to debate, but we wouldn’t be surprised if the savings ran into billions.

Not bad when you consider the total fines handed to banks regarding the PPI scandal is less than £200m.

So who is to say banks won’t seek to try and take advantage of what should be a win for the consumer, instead turning it into a win for their profit margins and shareholders?

Is it a coincidence that the FCA have announced these new rules, over two years since the court ruling, to coincide with the deadline announcement and subsequent rush of claims?

Now call me a cynic if you wish…..

Our advice to new claimants

Obviously we would invite you to ask Your Money Claim to act on your behalf, but we understand some of you out there would prefer to carry out your own investigations and manage your own claims.

If you have chosen not to use the services of a reputable Claims Management Company, generally not one that cold calls or makes any unsubstantiated statements, and a bank makes an offer of compensation to you, we recommend you read the letter thoroughly.

Look for any hint that the bank has rejected the main part of the claim, and are only making a partial offer based on unfair commissions.

If you are unsure as the jargon used renders the letter difficult to comprehend, or you believe you have been made an unfair partial offer, escalate the claim to the Financial Ombudsman Service for review within six months from the date of the letter.

Each referral to the Ombudsman can cost the bank, so if enough people do it the banks may see that it is no longer financially viable to look to cheat customers out of compensation that is rightfully due. 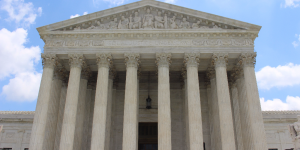